This post is the first in our series of features on Black composers and classical musicians throughout history. Today we feature Frederick Douglass. 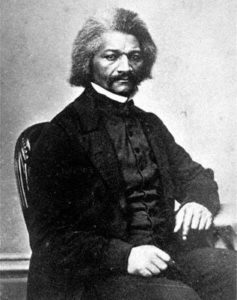 Many people have heard of the well-known African-American abolitionist, writer, and statesman Frederick Douglass. But did you know he was also an amateur violinist? Not only that, his son, Charles Remond Douglass, also played violin as an avocation. What’s more, Charles’s son (Frederick’s grandson), Joseph Henry Douglass, became a concert violinist. He was one of the first African-American performers to be nationally and internationally renowned. His first major performance was at the Chicago World’s Fair in 1893, where he joined other performers to celebrate Colored American Day, an event that his grandfather Frederick had helped plan. Joseph Henry Douglass went on to earn a high profile as a performer, and is credited as the first Black violinist to make transcontinental tours. 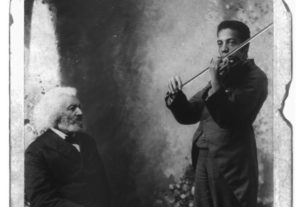 Douglass (left) with his grandson, Joseph.