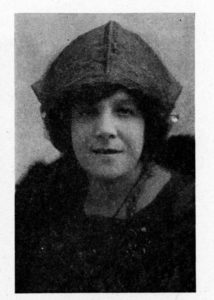 Amanda Ira Aldridge (1866-1956) was a British opera singer, composer, and teacher who worked under the pseudonym Montague Ring. Her students included Marian Anderson, Paul Robeson, and Roland Hayes, three Black performers who would go on to have what critic Alex Ross has described as “history-making” careers. In 1921, W. E. B. du Bois invited Aldridge was to the Second Pan-African Congress. She declined to attend so that she could care for her sister, Luranah, herself a pivotal musical figure as the first Black woman to be cast in a production of the Ring Cycle at Bayreuth in 1896.