Last week, two members of our staff had the chance to visit the Archives at Spelman, a Historically Black College in Atlanta, Georgia. They were mainly in search of works by Willis Laurence James, who was a composer on the faculty of Spelman College for over three decades. 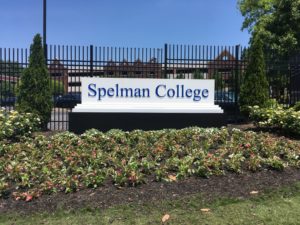 James (1900-1966) was born in Montgomery, Alabama and raised in Florida. As a young person, he studied at the Florida Baptist Academy, where he took violin lessons. When he was sixteen, James travelled to Atlanta, Georgia to study violin with Kemper Harreld, who was a concert violinist and head of the music department at Morehouse College. When James was nineteen, he enrolled at Morehouse, where he studied violin, and was a member of the college orchestra, as well as the Morehouse Quartet and Glee Club.

James later studied at the Chicago Musical College, and began his teaching career at Leland College in Baker, Louisiana. When he was in Louisiana, he began collecting African American folklore and folksongs, especially along the levees of the Mississippi River. His interest in African American folksongs stayed with him for the rest of his life; he arranged some for formal performance ensembles, and the songs also influenced his original compositions. 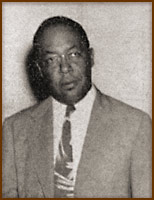 James began teaching at Spelman College in 1933, and he stayed there for the remainder of his career. While at Spelman, he served as the chairman of the music department, and the director of the Spelman College Glee Club. Though still an active lecturer and teacher, James passed away in December of 1966. He is well remembered at Spelman College, and our staff was honored to have the chance to visit his collection in their archive.

Our thanks to the Spelman College Archive staff, especially Ms. Kassandra Ware, for their kind assistance.