Music by Black Composers / About Us / MBC Team / David Bontemps 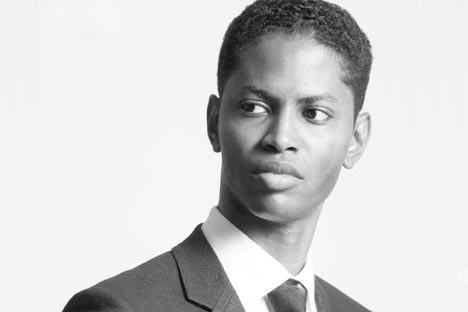 David Bontemps was born in Port-au-Prince, Haiti. His parents were music lovers and enrolled him in private piano lessons very early. Most of his training in piano performance and music theory was given by the renowned pianist-composer Serge Villedrouin. He has lived in Montreal since 2002.

Mr. Bontemps accompanied Chantal Lavigne, mezzo soprano, for the creation in 2005 of Offrandes Vodouesques, 24 melodies by the Haitian composer Werner Jaëgerhuber, recorded and released in 2007. With a grant from Canada Council for the Arts and Conseil des Arts et des Lettres du Québec, he released Vibrations (label Nuits D’Afrique) in 2012, a disc dedicated to his best piano works. Critically acclaimed, this opus was the Magazine Audio first choice for 2012 albums.

In 2006, Mr. Bontemps founded and directed the quintet Makaya for which he composes and arranges most of the titles. This group, winner of the bronze medal at the Syli d’Or of World Music Contest in 2007, released its first independent album in May 2009. Thanks to this eponymic album, the quintet was nominated for the TD Grand Jazz Award at the International Jazz Festival of Montreal in 2010. With Elements released in 2016 with a grant from the Conseil des arts et des lettres du Quebec, the quintet continues to collect enthusiasm, topping jazz and world airplays on IciMusique and CIBL radios, among best performances in the 2016 FIJM by Le Devoir, and the Vision Diversity and CIBL prizes.

In 2015, he composed and recorded the music of Through Positive Eyes – Haiti, UCLA, a project of 12 films to fight discrimination against people living with HIV. With his latest solo release, Gede Nibo (2017) he contributed to Haïti Piano Project, which brought a grand piano to Jacmel, Haiti, where a piano festival is now founded.