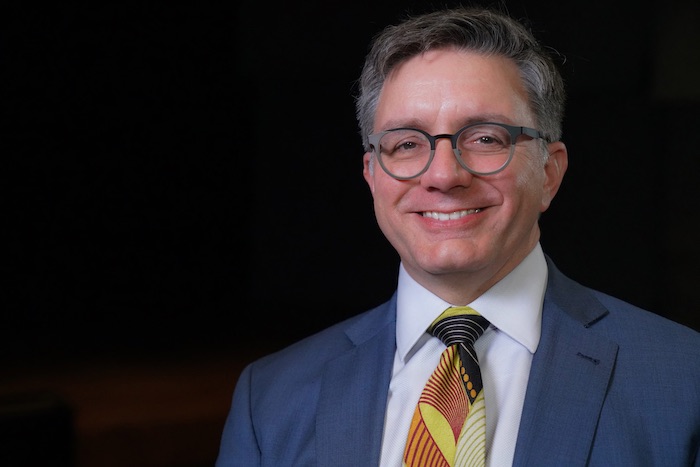 Mark Clague, Ph.D. is an Associate Professor of Musicology, American Culture, and African American Studies at the University of Michigan and its School of Music, Theatre & Dance. While completing his Ph.D. in musicology at the University of Chicago, he took his first scholarly job as an editorial assistant and writer for the two-volume International Dictionary of Black Composers, working alongside Dr. Samuel Floyd. Having published articles and spoken at national conferences on the music of Alton Adams, Ornette Coleman, Arthur Cunningham, Anthony Davis, Akin Euba, Jimi Hendrix, Herbert Mells, and George Walker, Dr. Clague edited the Memoirs of Alton Augustus Adams, Sr., First Black Bandmaster of the United States Navy for publication in the African Diaspora Series of the University of California Press and curated an Adams tribute concert in the Virgin Islands by the U.S. Navy Ceremonial Band. He has created editions of Alton Adam’s most famous marches—The Virgin Islands March and The Governor’s Own. He also wrote the liner notes for Rachel Barton Pine’s recordings—Violin Concertos by Black Composers (1997) and Blues Dialogues (2018).

A specialist in American music research, Professor Clague’s other writings can be found in the Journal of the Society for American Music, American Music, Black Music Research Journal, Opera Quarterly, and books published by Oxford University Press, Rowman & Littlefield Education, University of California Press, and University of Illinois Press. A bassoonist and saxophonist, he served as city and institutions editor for the New Grove Dictionary of American Music, Second Edition and is editor-in-chief of the George and Ira Gershwin Critical Edition and co-editor-in-chief of Music of the United States of America. He designed the EXCEL entrepreneurship program at the University of Michigan and now serves as Associate Dean for Undergraduate Academic Affairs.

Dr. Clague’s research on the U.S. national anthem has led to the publication of the Star Spangled Songbook (2015) and the double CD Poets and Patriots: A Tuneful History of “The Star-Spangled Banner” (2014). In 2013, he spoke at Detroit’s SphinxCon about the history of abolitionist lyrics for “The Star-Spangled Banner.” He has been awarded one of the inaugural NEH Public Scholar fellowships to complete a book on the two-hundred-year history of the song. His anthem research has appeared in the Journal of the Society for American Music, the Choral Journal, and Chorus America’s The Voice, and has sparked collaborations with the Smithsonian Museum of American History, the Grammy Museum in Los Angeles, and in recital with baritone Thomas Hampson at the U.S. Library of Congress. He also helped create the Star Spangled Music Foundation and created the website starspangledmusic.org. He has been a project advisor to the Rachel Barton Pine Foundation since 2008.